What Is the Hatch Act of 1939? What Is Its Significance? 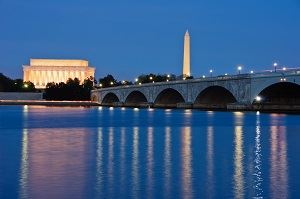 One of the Prohibited Personnel Practices (PPP) as established by the United States Merit Systems Protection Board is coercing political activity. This PPP is heavily influenced by the Hatch Act, which was formed with the direct intent to keep biased political influence out of the political system of the federal government. In particular, the Hatch Act seeks to stop the creation of an “invincible and perhaps corrupt political machine.”

In order to accomplish this goal and keep our federal government fair and balanced, and beneficially bipartisan, the Hatch Act created a long list of what a federal employee, employer, or agent can and cannot do. Each item related in some form or another to a political position, candidate, activity, or campaign. It also states that a federal agent who violates the Hatch Act is subject to disciplinary action, including but not limited to paying steep fines and termination.

In order to help yourself understand the Hatch Act and avoid running into conflicts, review these important keynotes:

In addition to these keynote “dos and do nots”, there are additional specifics of the Hatch Act that only apply to certain federal employees. If you have any questions regarding the Hatch Act and how it affects your personal rights, John P. Mahoney, Esq., Attorneys at Law and our DC federal employment lawyer can help you. Contact our firm today for more information and what you should do if you are accused of violating the Hatch Act.

Contact us now to get started on building your case!

John P. Mahoney, Esq. is an award-winning attorney with 25+ years of experience. Visit his bio to learn more about his experience representing the federal sector community.