What Does Conduct Unbecoming Mean? 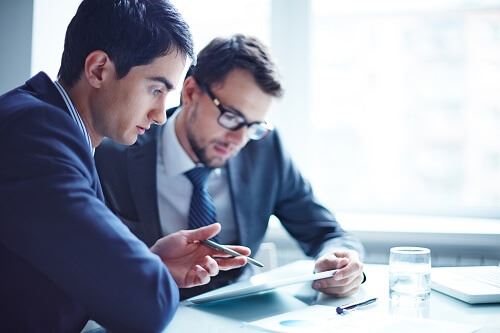 When a federal employee is accused of misconduct, an investigation will be conducted before deciding whether or not disciplinary action will be taken. These investigations can be related to a wide range of alleged violations, including discrimination, negligence, harassment, poor management, or misuse of funds. Federal agencies oftentimes use the legal net of “conduct unbecoming a federal employee” as a means of disciplining a broad range of misconduct.

The Importance of the Definition of "Unbecoming"

In 1992, the case Miles v. Department of Army relied on the Webster’s Encyclopedic Unabridged Dictionary of the English Language to define the term “unbecoming” as any conduct that is unattractive, unsuitable, or detracting from one’s character or reputation, creating an unfavorable impression. This vague definition has allowed government agencies to use the charge of conduct unbecoming to penalize a number of broad – and sometimes odd – acts of federal employees.

What Are Examples of "Conduct Unbecoming"?

Conduct that has previously been found “unbecoming” by the Merit Systems Protection Board (MSPB) includes:

As established in the 2011 case of Raco v. Social Security Administration, to prove a conduct unbecoming a federal employee charge, an agency must only be able to prove that an employee “engaged in the underlying misconduct alleged in support of the broad label.” This unclear explanation sets a very low standard of proof, making it relatively easy for agencies to warrant disciplinary action against an employee. In certain cases, a conduct unbecoming charge could result in the removal of a federal employee from their position.

If you have been accused of conduct unbecoming a federal employee and are the subject of a federal employee investigation, it is urgent you consult with Washington, D.C. Federal Employment Lawyer John P. Mahoney, Esq. as soon as possible to protect your professional reputation and career. With more than two decades of experience, our firm can help you challenge the evidence against you and investigate any possible disparate treatment you may have experienced. Schedule an initial case review today to get started.

Contact us now to learn more about how we can help you navigate a federal employee investigation!